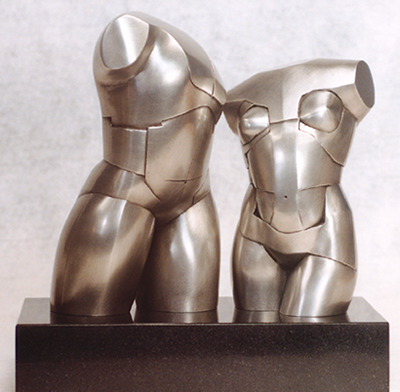 The original maquettes for these were created independently of one another, the male noticeably larger at 11 inches than the 9-inch female. When I decided to enlarge them and make them a couple, it was clear that a particular couple can be of any two heights, but the archetypal nature of these works demanded an archetypal set of proportions. Now they respond as chosen partners in a Latin dance: Rhumba; Crossover Position.