In the nineteenth century, industrial mass production gave rise to a burgeoning middle class who wanted the elegant objects afforded before only to the wealthy. The silver industry responded with ingenious new methods and materials, manufacturing objects such as these candelabra, which appear to be solid silver, but at an affordable price. Sheffield Plate was an early solution – a thin sheet of silver rolled under pressure onto a heavier copper sheet, then formed into the parts of objects like this candelabra.

Years later, as these objects gave into the ravages of time, their breakage exposed their creators’ ingenuity and challenged ours. Restoring Sheffield candelabra is now one of our specialties. 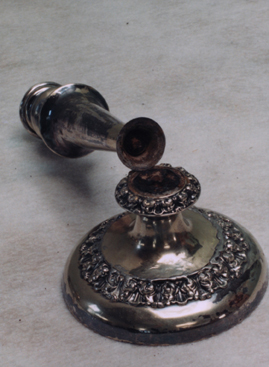 The stem, before, with the entire inner structure broken. After rebuilding the structure, the joint is repatinated, to blend with the whole design. 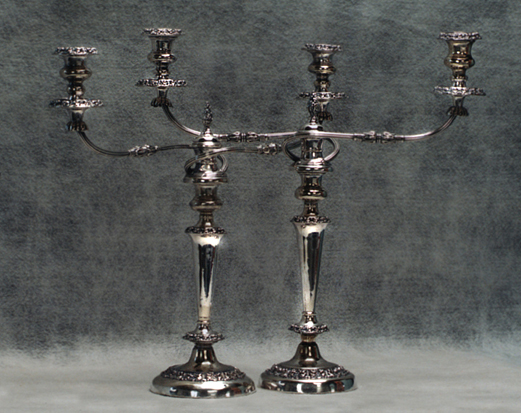 Both candelabra rebuilt and ready to be used