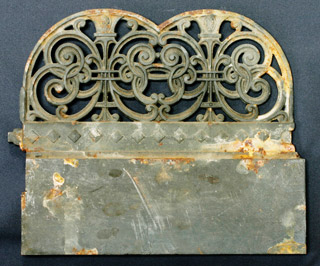 These decorative shelf supports were manufactured by the New York Library Bureau, founded by Melville Dewey who developed the Dewey Decimal system. The Bureau’s goal was to completely supply the country’s many new libraries opening just after the Civil War. While it is unclear whether Robertson designed these supports and had them produced by The Bureau specifically for The Pequot Library, they are a prime example of Robertson’s fanciful, eclectic approach to design.

Each support was created as a small sculpture, realized by highly skilled craftsmen who worked in the cast iron production foundries at the end of the 19th Century. After a century, these sturdy parts remained generally intact, but were heavily soiled, and many had become rusted.

In collaboration with The Pequot’s Board of Trustees, its director, Dan Snydacker, and the other skilled subcontractors working on the project, we designed the packaging, color coding, and coordinated the trucking for the 6000 shelf ends, weighing 9000 pounds, to and from our facilities in Newport, Rhode Island. Robertson created six different variations of the supports according to their function. To the left is a baseboard element before restoration.

Newmans, Ltd. cleaned all the parts, then sprayed the rusted pieces, and any additional ends which would be seen at the aisles, with a matte, rust retardant paint. This is a group of large regulars ready for processing.

When the restoration process was complete, the entire set was reboxed, each with a soft custom cut spacer to protect their surfaces during the move, and stored in a climate controlled facility, awaiting the completion of the Library’s reconstruction. When the restoration of the library was finished, the set was transported by two large moving vans to the Pequot Library and reinstalled with their freshly cleaned wooden shelves, and the books replaced. 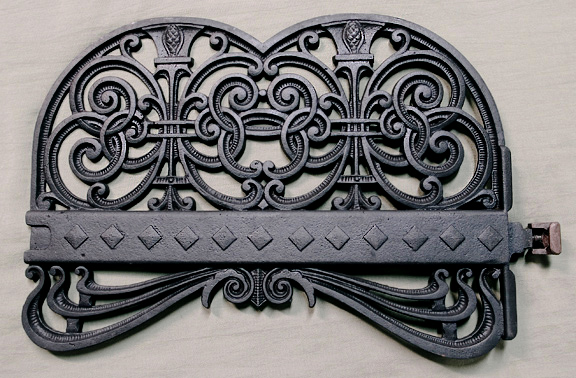 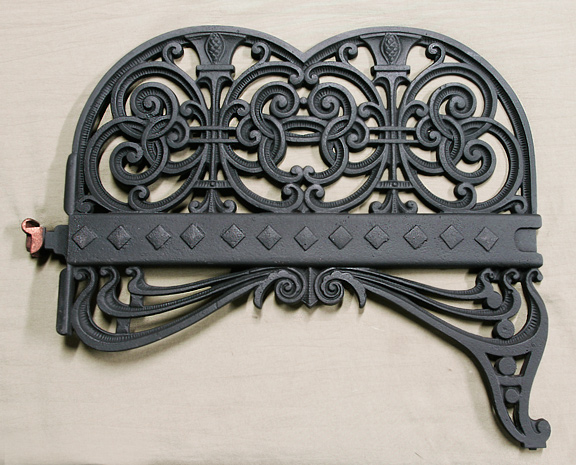 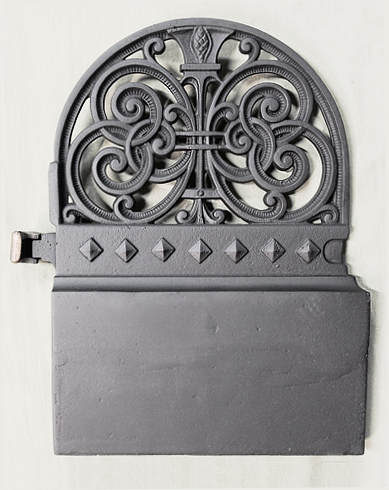 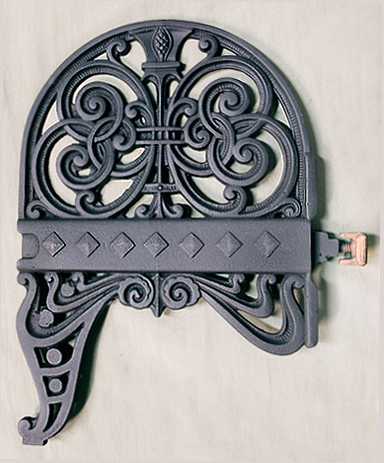 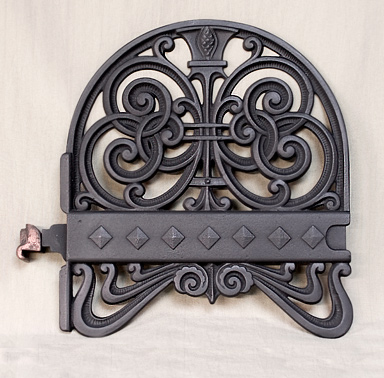